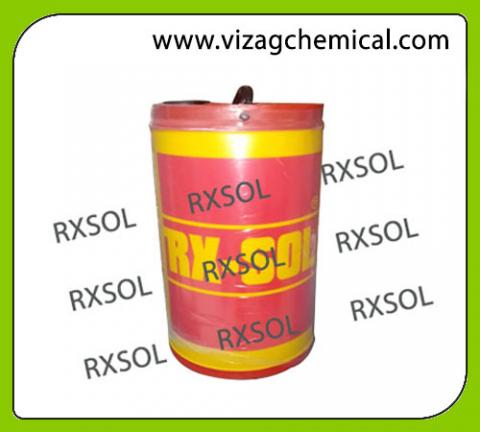 FREE SHIPPINGFree shipping on all orders over 100000 INR.

Pesti Mala ULV 96 is broad-spectrum organophosphate insecticide and acaricide (used to kill ticks and mites). Considerably less toxic to humans than parathion, malathion is suited for the control of household and garden insects and is important in the control of mosquitoes, boll weevils, fruit fli

Pesticide Mala ULV 96  is  broad-spectrum organophosphate insecticide and acaricide (used to kill ticks and mites). Considerably less toxic to humans than parathion, malathion is suited for the control of household and garden insects and is important in the control of mosquitoes, boll weevils, fruit flies, and lice.

DIRECTIONS FOR USE Pesti Mala ULV 96 is used undiluted in specially designed aircraft or ground equipment capable of applying ultra low volumes for control of the insects indicated. FOR AERIAL APPLICATION : Where aerial use is appropriate, suitable and safe. Directions for Use Apply only by fixed-wing or rotary aircraft equipment which has been functionally and operationally calibrated for the atmospheric conditions of the area and the application rates and conditions of this label. Label rates, conditions and precautions are product specific. Read and understand the entire label before opening this product. Apply only at the rate recommended for aerial application on this label. Where no rate for aerial application appears for the specific use, this product cannot be applied by any type of aerial equipment. Ensure uniform application. To avoid streaked, uneven or overlapped application, use appropriate marking devices or GPS navigation.

Pesti Mala ULV 96 can be effectively applied with conventional aircraft spray equipment by making a few minor modifications to the plumbing and boom assembly.

Pumps capable of producing pressures of 275-350 kPa will be satisfactory. A bleed line, at least 5 mm in diameter should be installed on the high point of the impeller chamber to release trapped air. This line should bleed back to the top of the tank above the liquid level.

A by-pass is required from the spray pump outlet to the spray pump inlet. This line must be equal in diameter to the pump outlet and should contain a valve controllable from the cockpit that will permit adjustments of boom pressure in flight. The by-pass commonly used to recirculate MALATHION 95 ULV to the spray tank must be closed to avoid aeration of the insecticide.

The distance between the left and right outboard nozzles should be at least 3/4 of the wing span. The total number of nozzles used should be equally spaced across this span if the aircraft is flown at six metres or higher. Trailing edge booms are desirable and the nozzles should be placed on the boom where pilot can readily see them to check for plugging during spray operation. A bleed line at least 5 mm in diameter should be attached to the outer end of each boom and routed back to the top of the spray tank but above the liquid level. This line will bleed off pressure and prevent sharp cut-off. If a nozzle is placed at each end of boom, as many Ag Cat spray booms are assembled, this bleed line is not necessary.

Use at least 4 to 6 flat fan nozzles, such as Spraying Systems 8001, 80015, or 8002 for small aircraft, such as Piper Pawnees and Stearmans. For aircraft operating at 240 km/h or faster, use 10 to 14 of the 8010 or 8015 flat fan nozzles. Nozzles should be pointed straight downward on small aircraft and straight back for faster aircraft. Use 100 mesh screens with 8001, 80015 and 8002 nozzles. Diaphragm check valves should be used on each nozzle to insure positive cut-off of spray during flight. Do not use cone nozzles. Rotary atomizers, commonly known as Mini-Spin nozzles, developed by the Plant Pest Control Division, can be substituted for the flat fan nozzles. Use the same flat nozzle tips as mentioned above when using the Mini-Spin nozzles.

Pesticide Mala ULV 96 Ultra Low Volume Aerial Application where Automobiles, Trailers, Trucks are present. Aerial spraying should not be attempted when the wind is at or above 15 km/h or temperature is above 27°C. Undiluted spray droplets of Pesticide Mala ULV 96 will permanently damage vehicle paint finishes unless the fixed wing aircraft used for the ultra low volume application meets all of the specifications listed below:

Residential areas are defined as sites where bystanders including children may be potentially exposed during or after spraying. This includes around homes, schools, parks, playgrounds, playing fields, public buildings or any other areas where the general public including children could be exposed. Consult Provincial/Territorial pesticide regulatory officials for required authorization.

It  is a colourless to yellow-brown liquid with a characteristic unpleasant odour. It is generally prepared by combining O,O-dimethyl phosphorodithioate with diethyl maleate. It is soluble in most organic solvents except paraffin hydrocarbons and is practically insoluble in water. Malathion is readily decomposed by alkalies. The chemical works by binding to the enzyme acetylcholinesterase (AChE) at nerve endings, thus disrupting the neurotransmitter acetylcholine (ACh) and ultimately causing death.

Malathion is highly toxic to bees and other beneficial insects, aquatic invertebrates, and some species of fish, notably bluegill and largemouth bass. It is of moderate toxicity to birds.